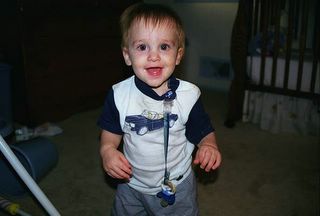 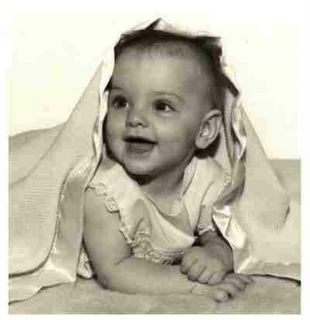 Can you tell which is The Wife and which is Grasshopper? Aren't they cute?

So this is the tale of my trails and tribulations with the New York/New Jersey public transportation system. It all begins on Friday evening when we arrive at our hotel in Rutherford New Jersey. We picked the hotel because it had a bus stop across the street. We had no intention of driving in the city and paying the parking costs.

The bus arrived roughly on time, about 5 mintues late. Not bad by any standard. The trip was supposed to take 20 minutes per the schedule. Hah! Schedules! The transit system spits on the paper they are made from and disdain them even as toilet paper. It took well over an hour to get from Rutherford, near Giant's Stadium, through the Lincoln Tunnel, into the Port Authority terminal. And there was no obvious reason for a traffic jam!

Our goal that night was to get to the Guggenheim Museum before it closed at 8 pm. We left the hotel at 4:30. We reached the city at 6 pm and had not had dinner yet. So we stopped for a quick bite at the McDonald's on 42nd Street and attempted to utilize the subway system. However, the closest stop was about 6 blocks away. By a little after 6:30, we made it to the subway. By the time we got the correct trains and made it to the closest stop, it was 7:30. We reached the museum about 10 minutes before close. Not enough time to enter the museum, just look through the gift shop. The trip back was uneventful but we returned to the hotel around 9:45.

Saturday morning we were up bright and early to get a bus into the city at a reasonable hour. After a 45 minute bus ride, we arrived at the Port Authority around 9:30. We got to the Intrepid Museum just before 10 am, when it opened. So far so good. But then we had to meet Julie at the Museum of Natural History. So off to the subway again. We purchased all day passes and entered the subway. Except we entered on the side of the street for downtown, and we had to go uptown. The only way to get to the other side was to exit, cross the street, and reenter. Only you can't reenter the same station in an 18 minute period. So we had to take the train downtown one stop and switch to an uptown train. One of the ones on the Blue line. Only of the three trains on that line, two go uptown and one goes to Queens. Guess which one we got on? Yup, the one to Queens. We figured that out prior to actually getting to Queens, got on a train going the other way, and 45 mintues later were back where we started. We finally got an uptown train and got to the museum an hour late.

We decided not to brave the subway and took the bus back to Times Square and then walked to the Port for the bus ride back to the hotel. That night, we totally planned the trip back on Sunday. Which trains we needed, uptown or downtown, train numbers, everything.

So Sunday morning, I and the kids hopped the bus back into the city (the Wife was still so whipped from the previous day that she stayed behind to rest). Our directions were flawless. We got on all the right trains and ended up exactly where we wanted to be. Never mind it took nearly an hour and a half to get from the hotel to the Empire State Building and a half hour from there to FAO Schwartz's. We got back to the Port Authority terminal with plenty of time to catch the 3 pm bus. The bus even got there 5 mintues early. I had finally mastered the NY/NJ transit system on my final day!

But, oh, what a bitch the NY/NJ transit system is. We pulled out of the gate at the terminal, went around the first curve out to the street when BANG! The bus stops. The driver gets out. Yes, you guessed it, FLAT TIRE! So after a 45 mintue wait, a new bus arrives and I get back to the hotel. As soon as I got there, I called for a limo to the Queen concert. That went off without a hitch.

I have no idea what I had done to so anger the Mistress that is the NY/NJ transit system. But I must have angered her greatly to have so infuriated her. Those of you that deal with it on a daily basis must tell me what sacrifices must be offered up to her in order to smoothly and quickly reach your destinations. For my feable offerings were insufficent to ensure my promptness.
Email Post