I got the itch

I don't know why, but lately I've had this itch I just can't scratch. That itch would be this: 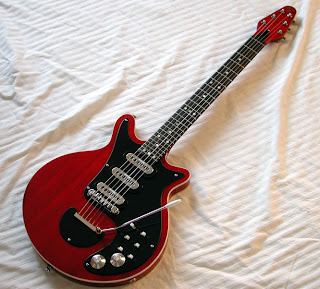 I know, it's expensive and the Wife would kill me. But dammit I'm just jonsing for one right now for some reason.

However, I'm thinking that perhaps this would be a better compromise:

I know, the Wife still might kill me, but it is $2000 cheaper than the one above it. Not as well constructed and not as true to the original, but 2 grand is 2 grand. Still, I don't know. My biggest fear (besides the Wife kicking my ass for getting ANOTHER guitar) is that I'll get it and then hate it. That would so suck. Or worse, I might get it and love it. Then I might actually need the totally high end model.